Reigning with terror and chunky guitars 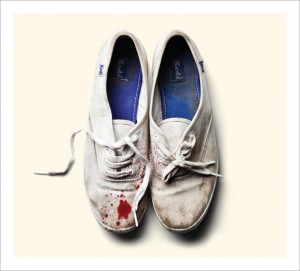 “Fuck everybody, our new record is influenced by Def Leppard”. A quote such as this not only suggests a band that is comfortable with their sound, but a band that has attitude and isn’t afraid to use it. This quote comes from Sleigh Bells in reference to their latest album Reign of Terror, which was released on the Mom + Pop label on February the 21st.

I had never heard of Sleigh Bells before this week, nor did I know what to expect from their album. With a title such as Reign of Terror, and with an album cover showing a bloody pair of shoes, I was expecting a genre along the lines of metal. Reign of Terror in reality is no where near as mean and gritty as its title suggests but it does make me feel a little hard-core.

This second album from Sleigh bells pays hommage to hair metal, with stadium crushing sounds and big chunky guitar riffs dominating the texture. For me, this is a refreshing sound, and one we don’t hear that much of in mainstream indie, pop or alternative music these days. It makes your everyday average indie band sound shy and reserved. Sleigh Bells certainly have something to say, and they say it loud!

I find their blend of beats, close female harmonies and guitar riffs in soaring parallel thirds reminiscent of the late 80s/early 90s, and for me, that makes me smile. It sounds familiar yet somehow futuristic, and quite possibly the soundtrack that will be accompanying some kind of future apocalypse. Their track End of the Line goes down the power-ballad path and the track You Lost Me has the most exquisite opening harmonies.

Reign of Terror is not a quiet, intimate journey into the soul of an artist. It’s big, bold and full of attitude. 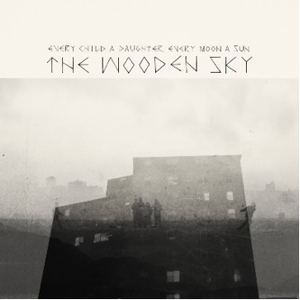 The Wooden Sky started work on the album Every Child a Daughter, Every Moon a Sun in a cottage on the Georgian Bay in Ontario, Canada.

Aside from laying down tracks at Hotel 2 Tango (the same studio Arcade Fire’s Funeral was tracked) the album was also recorded in Ontario and rural Quebec in apartments, lofts, churches and a farm.

Their music has been described as melodic pastoral folk rock fused with elements of alternate country. As you’d expect from a folk band, their lyrics are extremely poetic but for me, it’s not enough to keep the listener engaged through arrangements that for my tastes, are a little predictable and bland.

I’m Your Man surprises us with a rather haunting opening that is interesting and captivating and the hint of an electric guitar soloing at the end also provides us with some interest.

The track Angela did speak to me with its raw emotional quality, but the progression of chords are still far-too predictable for my liking. On a positive, it is very melodically catchy and the chorus did remain lodged in my mind for days.

Although not particularly adventurous in their use of harmony, rhythm, structure or instrumentation, The Wooden Sky’s redeeming quality is their ability to craft out well-constructed melodies. However, I must admit that on a second listening, the melodic shape of many of the songs do start to sound reminiscent of previous tracks.

For most of the album, there is a definite country swagger but occasionally, there are hints to other genres, in tracks such as Malibu Rum and Take Me Out.

They’ve certainly written a mature, well-thought-through album that has some interesting qualities and intelligent and poetic lyrics, but for my tastes, it’s not really an album I’ll be listening to on repeat, except if maybe I have bottle in hand and an accompanying swagger in my walk.

Melbourne folk band The Paper Kites have just disembarked their first ever East Coast headline tour. Last night at the East Brunswick Club, I saw the final show of their “Woodland Tour”. This particular gig was actually an added extra due to popular demand after sold-out gigs in NSW, VIC and QLD, playing songs from their debut EP Woodland.

In my opinion, The Paper Kites are the kind of band you’d love to take home to introduce to your mum. Their music is polite, charming and tender, and especially moving in their slower songs. For me, there just isn’t enough musical structure in their music, with no real melodies, hooks or anything to grab onto. They’ve crossed their T’s and dotted their I’s, but for me, their politeness gets in the way of a good musical story.