What the hell is an “Emerging Artist” and why don’t we have “Emerging Surgeons?”

The concept of an “emerging artist” is obscene! You’re telling me that the 24 years experience I have in studying, playing and composing music is only just enough experience to qualify me for the title of “emerging artist”….but I can go and do a 1 year post-graduate diploma of education and be a fully qualified and respected teacher? Or study a 3-year Bachelor of Commerce and graduate as a serious contributor to society, who is respected and certainly not called “emerging”.

So, why is it okay for highly trained, experienced and educated artists, musicians and creatives to be labelled as “emerging”, in most cases until the day they die. Only then are we viewed as successful and having “made it” in our professions. Too bloody late by then….I don’t need to pay rent for my little patch of ground at the cemetery…or maybe I will? Who knows. Point is….what the hell is an “emerging artist?”. I’m not emerging from anywhere people….I’m here and have been for 27 years! Read this article if you’re keen and if you’re an “emerging banker” or “emerging accountant”, I’d love to hear from you!!

I’m a bit jealous of Canary – I wish I had written their album cos it’s going to be huge! 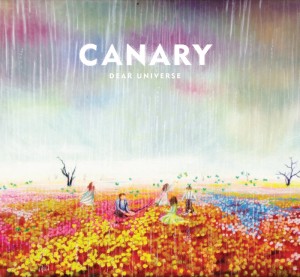 I love accidentally discovering new bands that straight away blow your mind and find a place in your heart. Canary is that band….and one band that I’d love to support and see do really well. They are incredibly unique, and write the kind of music that makes you excited, but also a little jealous…jealous that you didn’t write it, cos you know it’s going to be freakin’ huge!

Canary hail from Melbourne and bring together an unorthodox bunch of musicians who draw on a colourful spectrum of musical influences. Canary’s music is rich, imaginative and unabashedly emotive. Vibrant trumpet lines, dexterous beat-boxing, lyrical bass riffs, brash guitars and poetic lyrics provide us with a palette of sounds and styles that will blow your mind.

The musical mastery in this album is something you might expect from a band that’s been together for years and released numerous albums. But…this is their first….an amazing and extraordinary feat. Their music is crafted with the thoughtfulness, precision and skill akin to the way a highly trained and experienced painter might piece together a colorful masterpiece, labouring over every brushstroke until it reaches perfection.

Canary spent the good part of 2010 recording at various spare rooms across Melbourne and Geelong, and a barn in Nagambie. Mixed by talented bassist and sound engineer Isaac Barter, the album has a rich sound, with many tracks featuring lush string arrangements and vocal harmonies, and incorporating many “left-of-centre” instruments, and synths.

Dear Universe brings together competing themes of self-denial and self-affirmation with each track displaying its own personality. An extremely self-aware and inventive album, the result being a collection of diverse songs that speak to every emotion you have…and listening to this album makes you feel a bit smug for having discovered them first!

You can listen to their entire album on their website.

Written by Amy Bastow for the Kiss My Arts show on Joy 94.9, with reference to information in the official Canary band bio. All views mine. 2012.

Yann Tiersen is a musical architect in his latest album “Skyline” 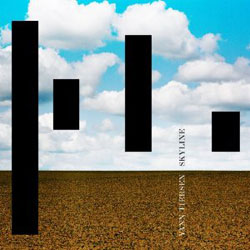 Yann Tiersen has a unique ability to create music, sounds and timbres that are constantly evolving, changing and growing with every new album that he creates. It’s as though the instruments he writes for are a part of him…breathing with him and manifesting themselves at just the right moments in his music. These sounds are alive, and in his latest album Skyline, create a masterpiece of exquisite colour and personality.

Tiersen may be most well-known to the masses for his sound of piano, violin and accordian (famously used in the film Amelie), but in his latest album, Skyline, these instruments take a break, with a focus now back on guitars, vintage synths and experimental timbres. Let’s live in an enormous world of sound we can use randomly, with no rules at all. Let’s play with sound, forget all knowledge and instrumental skills, and just use instinct – the same way punk did says Tiersen. As a teenager he was influenced by the post-punk culture of bands like The Stooges and Joy Division and at age 13, after years of classical training, broke his violin into pieces, bought a guitar and formed a rock band.

The opening track of Skyline, Another Shore, begins with child-like bells, playfully tinkering underneath an acoustic guitar, before a wall of noise rises from the looping musical cogs and washes our ears with pleasure. The looping structure continues to develop, with layers upon layers forming a snowball of musical texture. About half way through the piece, this texture is dramatically cut and a bass clarinet emerges, wandering around the lower registers for a moment, before an explosion of sound launches us into the remainder of the song.

You may find yourself becoming hypnotised by the continuously developing layers in his music, which seem to be a structural and developmental focus throughout the album. Little musical fragments unobtrusively begin quietly looping in their own organic time…then throughout the duration of a piece, start to take on different forms, changing shapes and intertwining together so intricately. The little animation by Ivan Rusev to the track Monuments reinforces this notion of layering sounds. The animation slowly rises upwards, guiding us to look into the different windows on different levels of a building. Although there are different scenes in each of the windows as we rise upwards through the layers, they are all somehow connected. Essentially, Tiersen creates a musical tower by stratifying individual sounds. Perhaps this attention to looping layers refers back to the early days when Tiersen would pour over records looking for appropriate loops to use in his music?

The way Tiersen combines sounds together shows a master at work. Sometimes the sounds are beautiful, sometimes nostaglic, sometimes haunting and sometimes frightening, the latter being especially evident in the opening vocal screams of “Exit 25 Block 20”. But whatever he does, he does with 100% conviction. He has a story to tell and through the diversity of instrumental sound combinations, draws us into an incredible musical journey.

I’m particularly drawn to the track The Trial. The lyrics include the line someday my girl, in your mirror, darling, you will face the trial. I can’t help but think he might be referring to the ultimate trial, as in our mortality. The ‘siren’ sounds that finish the piece, to me, are also clear evidence of this. But after asking Tiersen about this piece in an interview with him on Kiss My Arts last week (Monday 2nd April 2012) surprisingly he said the piece was about…an ex-girlfriend! Well there you go!

He is often mistaken as a composer of soundtracks and although being most well-known for the music of the quirky little film Amelie, Tiersen’s real focus is on touring and studio albums (which sometimes, just happen to be suitable for film).  He himself says I’m not really a composer and I don’t really have a classical background. Although Tiersen doesn’t like to call himself a composer, he certainly treats all of the instrumental timbres in Skyline like a well-seasoned musical architect, with precision of design and confidence in execution. This album is a symphony of sounds. I give it 4.5 out of 5 kisses.