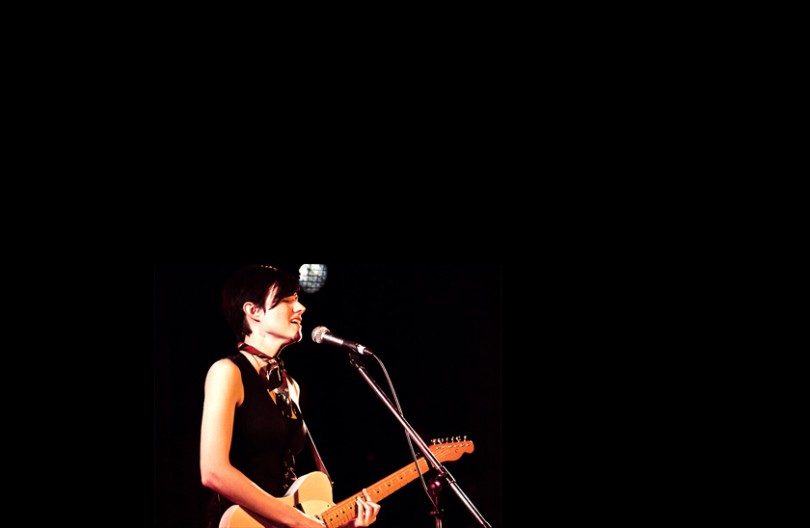 Listen to the interview with Butterfly Boucher – Part 3
(Butterfly talks about her new album, her collaboration with Missy Higgins and sings “The Weather” live in the Joy 94.9 studios) 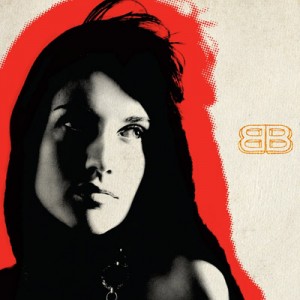 How often these days do you put an album on for the first time and instantly fall in love with every single track? I can honestly say that hasn’t happened to me for a really long time, but I can guarantee you that when you listen to Butterfly Boucher’s latest album, you are in for a real treat! All ten tracks are a masterpiece of musical design, featuring exquisite instrumentation that will intrigue, excite and provide you with an album you will listen to and love for many years to come.

The classical composer in me melted around the two-minute mark in the track “None The Wiser” where a gothic pipe-organ, Baroque harpsichord and toccata-style solo stopped me in my tracks and gave me the “holy shit!” goosebumps. The track “The Weather” is sassy and sexy, with just enough distorted guitar to give Butterfly a grungy edge in this track. The opening swirling organ of “Not Fooling Around” is exquisite and the rest of the track is full of twists and turns that will excite. The reflective “Warning Bell” is thoughtful and extremely beautiful, with it’s slightly jazzy guitar chords giving it a bluesy bite. The entire album really is exceptional, extremely clever and deliciously addictive.

Boucher’s album is mature, hand-crafted, intimate, epic and thoughtful, all at the same time. If Butterfly lived in the 1840s, she’d be Beethoven. If she lived in the 1960s, she’d be John Lennon. I’m no fortune teller, but I tell you what, this girl has got something to say and if I had a million bucks, I’d bet it all on the fact that she’s the next musical genius of her generation. I think I’ve used just about every descriptive adjective I know in this review, but you know what…this album really speaks for itself. I give it 6 out of 5 kisses, if that’s possible. It’s my new favourite album and I guarantee you, it probably will be for a long while yet!

The title track 5678! has been out now since February and has already caused a stir. ‘5678!’ was declared iTunes Single Of The Week early in 2012. Her quirky music video for this track includes 20 seconds in the middle of the song where she says “So you think you can dance do you?” and swings her long lanky legs, twitches her shoulders up and down and struts across the screen showing off her not-so-amazing dance skills in the cutest possible way. I’m sure she really is a great dancer, deep down! She invites fans to the 20 seconds of pure dance challenge, asking us to upload our own 20 seconds of pure dance videos in response to hers. Many have already responded, including Butterfly’s long-tome friend and musical colleague, Missy Higgins, who uploaded a video with dancing even more ridiculous than Butterfly’s. If you feel inspired, why not take up the challenge too?

Get Butterfly Boucher’s new album! She’s done it all herself and is truly independent, so every bit of support you can show this incredible artist will give you good music karma forever. It is an album I can’t recommend enough and can’t turn off. It’s on continuous repeat at my house! Thanks Butterfly. You’ve made my week, if not my year! 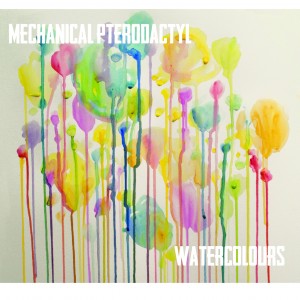 Album: Watercolours
Artist: Mechanical Ptererdactyl (under the mastermind of Yen Nguyen)
My Rating: 4 / 5

On a first listen of Mechanical Pterodactyl’s latest album Watercolours, there is absolutely no doubt of the talent and mastery of the man behind it all, Yen Nguyen.

Yen has been a producer and working musician for ten years; most notably as drummer for live hip-hop act Casual Projects, and contemporary bluegrass act Mustered Courage. He has also produced albums and tracks for many top-class artists.

The title track “Watercolours” opens with a Muse-like vocal passage, which at first, makes you think you’re about to listen to just another band writing just another album, trying to sound like just about everybody else. But in the very next beat, the addition of an impressively recorded and mixed punchy drum track and a funky bass line shows us that we’ve just stepped into a whole new world, the world of Nguyen’s Folktronica.

There’s no doubt that Nguyen was influenced by the intricate and unusual harmonies of Muse, or even perhaps the aesthetic of Radiohead. His list of influences is long, but Nguyen transforms these influences into his own machine.

There is an incredible use of percussion throughout the album, which makes sense given the fact that Nguyen majored in jazz drumming at the Australian National University (ANU). I particularly like the use of rim-taps that pop up in various places throughout the album, but which make a particularly striking feature in the opening of the track “Was It Wrong?”. The purposefully distorted vocals in this track for me, are reminiscent of the technique The Black Keys use in their vocals, and which seems a popular tool amongst indie songwriters these days. Nguyen uses it sparingly and to great effect in this track.

Track 3, “Runway”, begins with some kind of rhumba-esque guitar phrase, only to be interrupted by the irregular pulsing of a synth. How Nguyen makes that transition and gets it to work is beyond me, but he does…and we have the first electronic-infused track of the album. By now, three songs in and we’ve already witnessed an array of musical colour, style and genre.

Track 4, “Digital Berlin Wall”, opens with something you might expect to hear in a film noir soundtrack. To my ears, it sounds like a saxophone and double bass playing in rhythmic unison in the deep depths of their registers. The effect is quite eerie, but before we can settle on this timbre, a jazzy drum track and slow walking double bass enter, followed quickly by a distorted wa-wa guitar. The epic chorus of this track has an 80s feel to it. I think it’s the close vocal harmonies and guitar effects that give it this feel, but it is rather catchy. Nguyen really delves into electronic manipulation in this track, which adds a fabulous gritty texture.

“Pieces in a Game” is a more subdued track, giving us the chance to re-coup at this point in our listen through the album.

“Revolver” opens with a single repeated note on a clarinet, or perhaps a high saxophone, which is joined by another repeated note, then a third on a grittier wind instrument, a saxophone I think, and then finally a fourth repeated note…..all four repeated notes are then held in a jazz chord with a muted synth or perhaps an organ sound welling up underneath it. A wonderful opening texture. A slightly out-of-tune and electronically manipulated piano then enters to top off this great moment. The rest of the piece lilts between piano, vocals and double bass, a more jazzy brass sound and the electronic synth timbre. The piece eventually morphs into a manic “improvised-style” section.

The jazz influences continues into Track 7, “Like Riding A Bike”, but it also takes on more of a funk flavour. Again, a smorgasbord of styles and influences in this track.

Track 8, “Temporary”, uses a drum track along with piano that is noticebly chopped up in a rough glitchy fashion. More use of synths and effects in this track make for an interesting listen.

The final track of the album “Asleep at the Wheel” takes us on yet another genre excursion, with all the elements of a great country ballard, complete with beautiful accompanying female vocal harmonies by Jenny Lee. Possibly a strange track to end the album on, but perhaps the albums’ title, Watercolours, is a fairly accurate summary of the vastness of colour, texture and genre that lies within.

An incredible listen and incredible mastery from Mechanical Pterodactyl. If you’re looking for something fresh, something innovative and an album that will satisfy all your moods, this is one to put on your record player this week.

I give Watercolours 4 out of 5 kisses.