My latest catch-up with Ani DiFranco was AWKWARD! 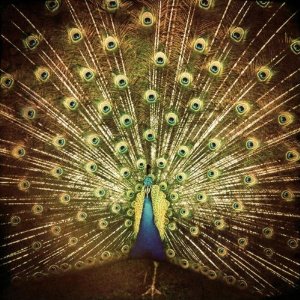 You know the anticipation and excitement of meeting a friend that you haven’t seen for 3 years?…but only to be disappointed because you realise you have nothing in common anymore? That’s how I felt about my latest catch up coffee with Ani DiFranco. It wasn’t even like we started off talking about old times. Nope. Nothing. The awkward silences were there right from the start. It’s not often that I don’t feel any connection to an album. Being a Gemini, I can usually find good on both sides. There’s usually at least one song I can appreciate on an album, but during my date with Ani’s latest album Which Side are You On, this week, I found myself cringing from start to finish.

Ani’s music has always had political themes, and that’s cool by me. No dramas there, but with lyrics like “If you don’t like abortion, don’t have an abortion”, I felt saddened that her usual poetic finesse was reduced to something a 10 year old might say in the school playground. Her continual trite references to women made me feel embarrassed to belong to the same gender as her, certainly not because I don’t believe in equal rights, but because of her appalling delivery of the subject. Her message and execution are incredibly outdated. We get it Ani. Women’s rights! But did it have to take you another 3 years to decide that’s what you wanted to write an album about? Seriously? Ok, but maybe is it too much to ask you to package that same message in a way that is say, a little bit classy? Interesting even? Or just not crap!?

It’s not even like the lyrics were perfectly and poetically woven into the textures of the music – no! Not at all. It was as though she had a script and was just simply reading it out over top of some terribly uninteresting music.

How is what you’ve done Ani, ever going to empower or inspire me to take action on equal rights? I know music has the power to create social change and stir emotions in people, but the only emotion that was stirred in me whilst listening to your music, was displeasure.

Even if lyrics are dull and poorly phrased, I can usually look past that and focus on the interest in the music. But I couldn’t even do that. Ani, seriously. Give me something! The only half decent song, the title track, Which Side Are You On?, isn’t even hers! It is a revised version of the 1931 Florence Reece song that was popularised by Pete Seeger nearly five decades ago. Seeger features on the track and breathes some kind of momentary life into the album.

As you may have guessed, I wasn’t a fan of Ani DiFranco’s latest musical offering. The worst album I’ve listened to in a while. Which side are you on? I’d love to hear how your latest catch-up with Ani DiFranco went.