This jQuery slider was created with the free EasyRotator for WordPress plugin from DWUser.com.

OK
On the 31st of March, it was announced that the TV show I compose music for (Channel 7’s Winners and Losers) has been nominated for a 2014 Logie Award for “Most Popular Drama Program”. How exciting!! The awards winners will be announced on Sunday the 27th of April 2014 at the Crown Palladium in Melbourne, and broadcast on the Nine Network. 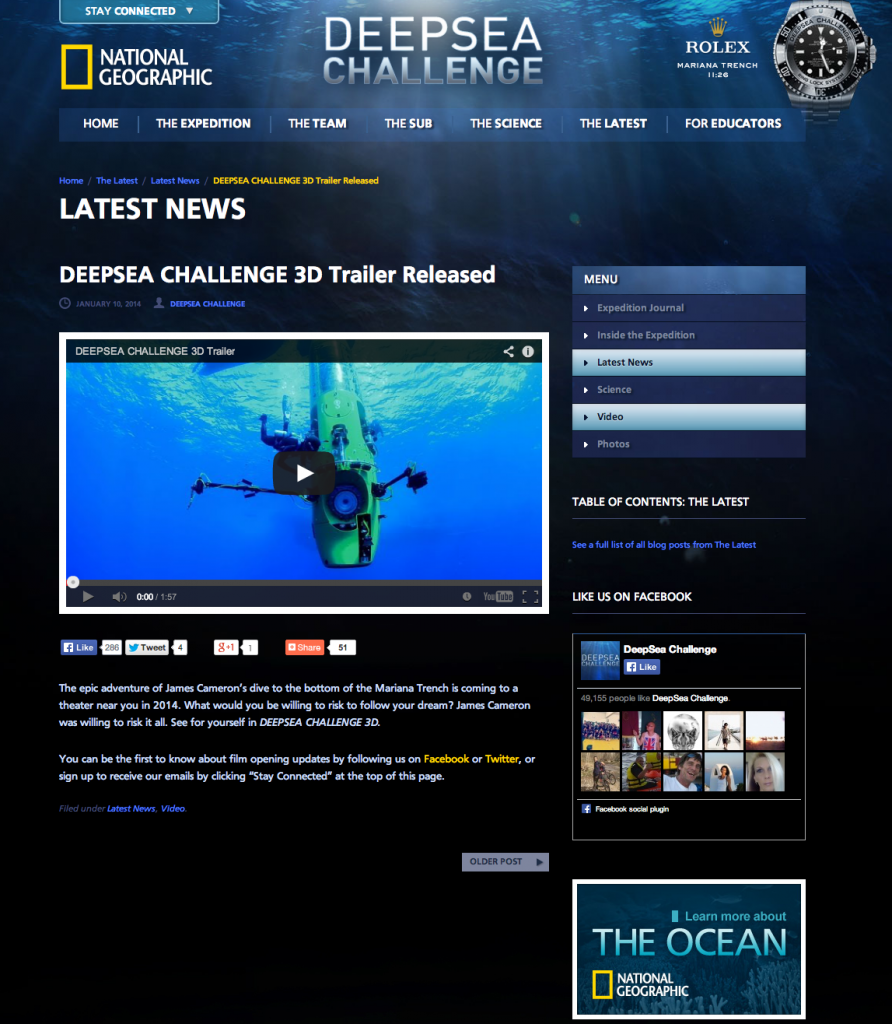 I co-composed the score for National Geographic’s Deep Sea Challenge, the new James Cameron 3D feature documentary. This film documents his incredible descent to the deepest part of the world’s oceans, Challenger Deep in the Mariana Trench. James Cameron is loved the world over for his epic feature films (Titanic, Avatar and Terminator to name a few). In Deep Sea Challenge, we are thrown into the adventure, the challenge, the breath-takingly emotional and incredibly heroic journey to the deepest depths of the ocean. Deep Sea Challenge will have an international theatrical release in 2014. In the lead up to it’s highly anticipated release, Deep Sea Challenge even got a mention in The Hollywood Reporter, which is super exciting!

Keep your eye on the Deep Sea Challenge website for release dates. In the meantime, check out the trailer.

I’m so proud of the fabulous people who worked on the short film “Bodysurfer” (particularly Writer/Director Kathryn Goldie) as it has already had screenings at:

…and has won some incredible awards including:

It was an honour composing the music to this short film.

It will be screening as a finalist in the “Made in Melbourne Film Festival” next month on the 3rd of December! It’s showing on opening night alongside some other terrific Melbourne-made films, so if you want to catch it on the big screen at The Capitol Theatre, please do!

Check out all the details here.