Amy wrote music to a clip from “Bruce Almighty” (starring Jim Carrey) and conducted music she composed for the clip with players from the NY Philharmonic and The Metropolitan Opera Orchestra. The music was recorded by top tier engineers Paul Geluso and Lawrence Manchester. 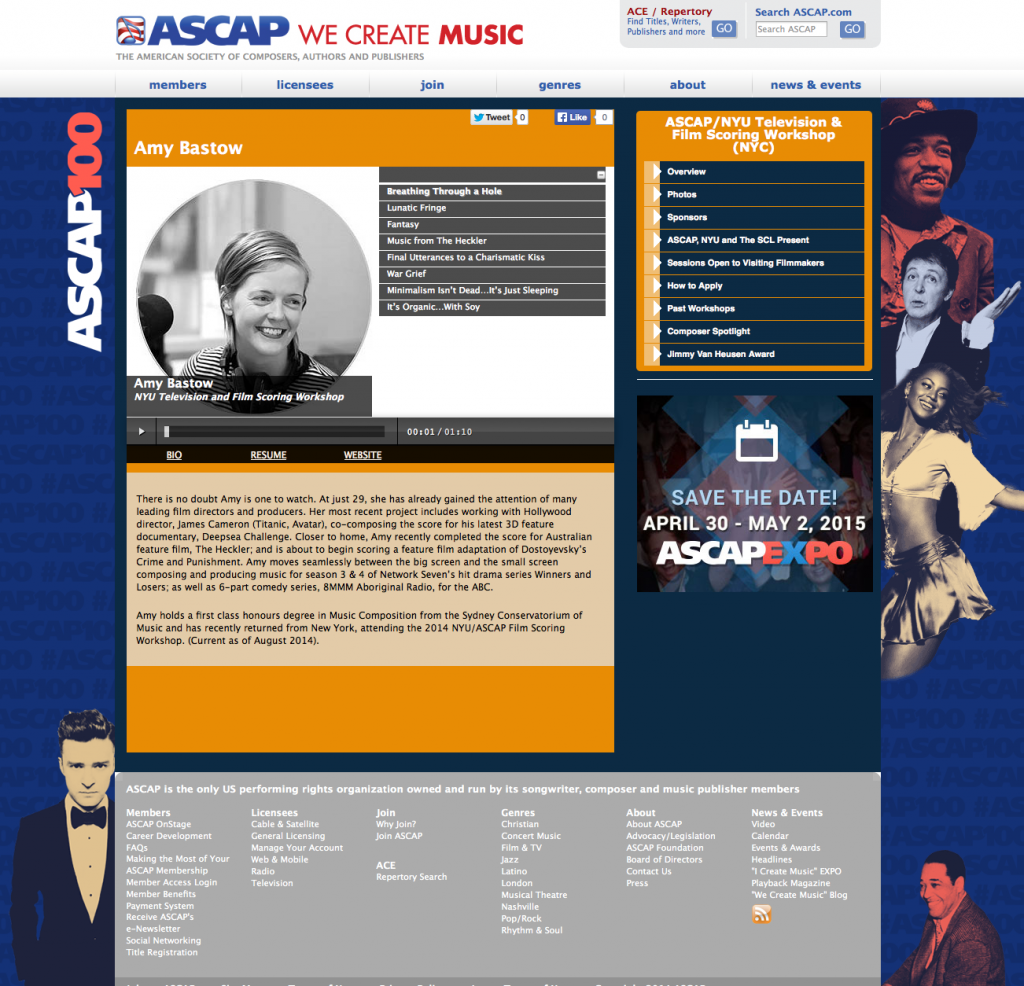