In 2014, Amy composed and produced the score to The Heckler, a full-length feature film about a self-obsessed comedian, on the fast track to fame. All seems to be going well until he has his body hijacked by the spirit of a jealous heckler. He must find a way to reclaim his body before the impostor ruins his career forever. It is a hilariously funny, but also incredibly touching film. The Heckler had its premiere at the 2014 Los Angeles Comedy Festival and had its Australian premiere at the Australian Centre for the Moving Image (AMCI) as part of the Melbourne International Comedy Festival. 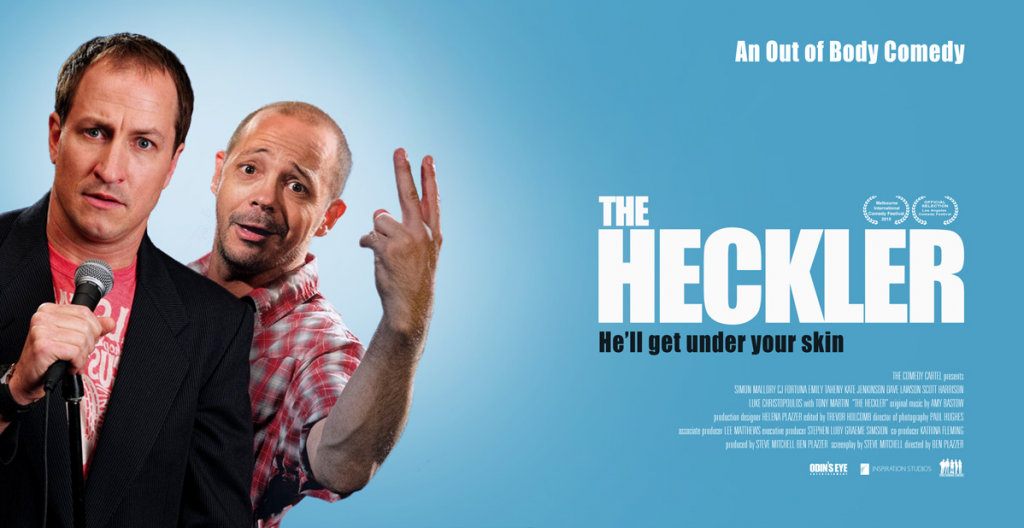 The following are a few examples of Amy’s original music from the Australian feature film, “The Heckler”. All music composed, recorded, produced and mixed by Amy Bastow.

This jQuery slider was created with the free EasyRotator for WordPress plugin from DWUser.com.

What the Critics Say

“…The body-switch genre gets a novel twist in The Heckler…”