Agent A: A Puzzle in Disguise (iOS Game)

The sexy new 1960s style spy game Amy has been writing music for was released on 28th October 2015. Agent A won the Indie Showcase to have it’s own stand on the show floor at PAX Australia (the world’s largest Gaming convention). The App Store have labeled it under ‘best new games’ and it’s received 13 Editor’s Choice from around the globe.

Agent A won the 2016 Australian Game Developer Awards “Excellence in Audio” (for music and sound). 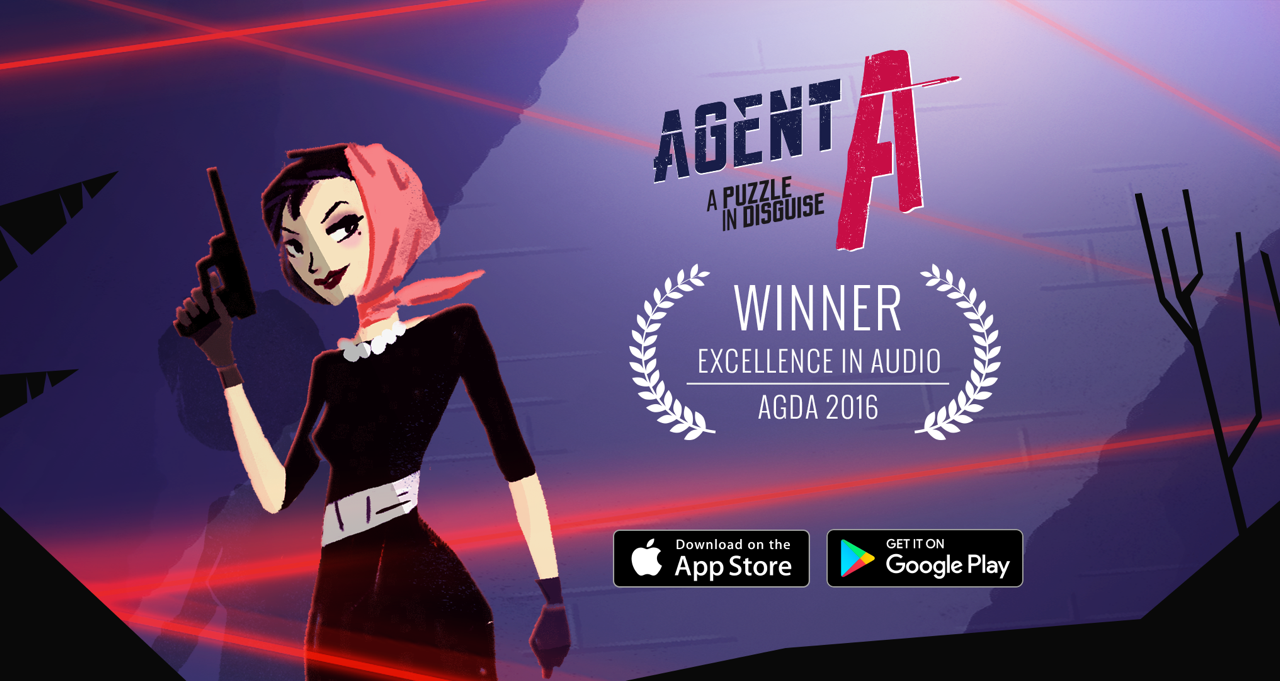 If you’re keen to play it, click this link to the App Store and give it a spin. WARNING: content may be addictive ?