Original music composed for your project.

Do you need a Composer?

Amy composes, orchestrates, performs and produces original music for film & television. It’s Amy’s aim to help you create something incredible for your next project.

Amy’s studio is about more than the technology – it’s about getting excited over a new chord progression, sketching out a character’s emotional journey, or experimenting in a new genre. Amy’s creative journey begins in the piano studio, where ideas are sketched and inspiration is gathered.

Then, once main themes and ideas are sketched, Amy moves to the Production Studio, where the latest in hardware and music software allows her to orchestrate her ideas, record it, produce it, mix it, stem it and deliver it. With modern technology, what is really cool is being able to do all this for a project that might be filmed on the other side of the world! What Amy loves doing in her studio most though, is chatting over a coffee with a Director about the vision they have for their film, then once they leave, getting to work and bringing the emotion of their film to life. 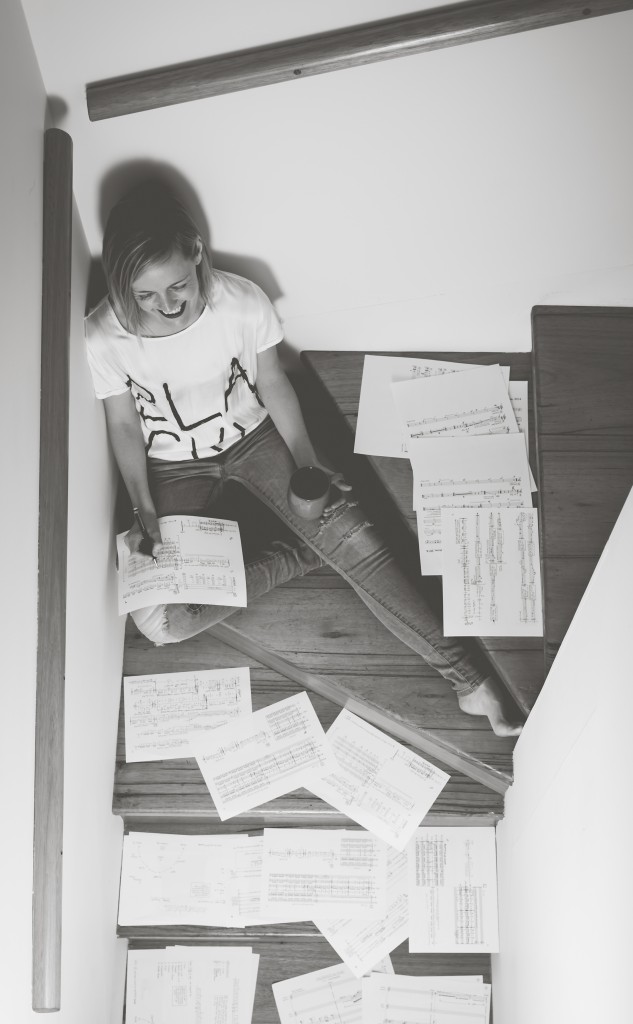 Does your project need music? Get in touch

Interested in what I do? Listen to samples of my music.

International clients are very welcome to get in touch. Amy has worked on a number of international projects.

It was fantastic having Amy compose the music for our documentary. Her virtuosity and talent really got viewers gripped!

Amy has consistently revealed herself to be a very creative composer, thinking about a wide range of musical possibilities and ensuring a high standard of musical results.

Matthew Hindson, Australian Composer, Festival Director and Chair of the Music Board of the Australia Council for the Arts.

Amy Bastow’s contribution to the evening’s entertainment was vibrant and engaging.

Bastow’s music made me laugh, listen and think, all at the same time.

"Amy is a rare gem of a human being; and as an artist!"