Composer for Film & Television - based in Melbourne, Australia. 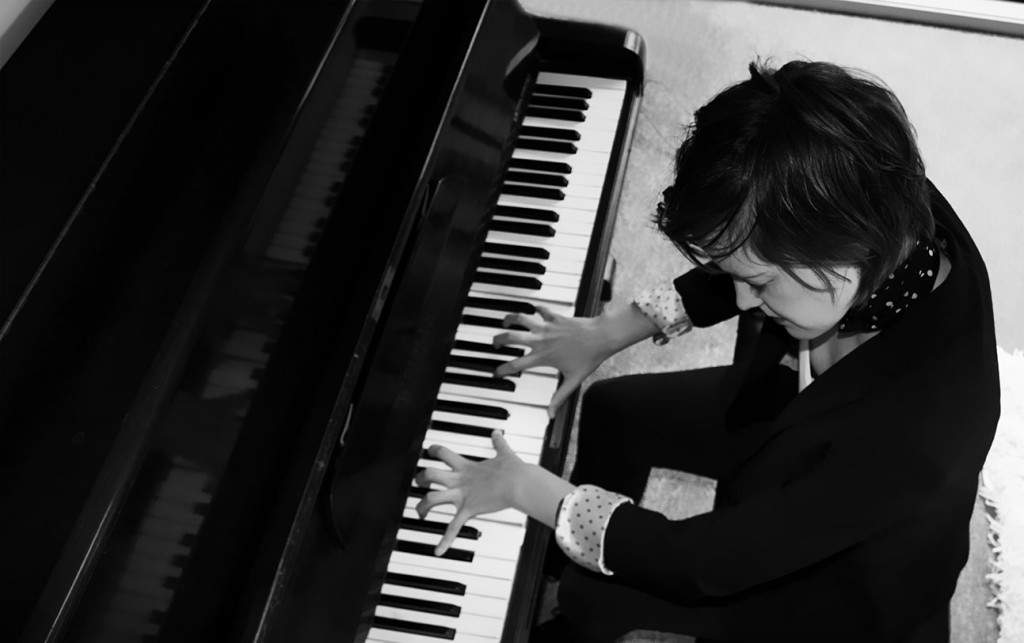 At just 30 years of age, Amy Bastow’s talents as a Film and Television Composer are already making waves, both in Australia and internationally. She has already gained the attention of Hollywood film-maker James Cameron (Titanic, Avatar), co-composing the score for his 3D feature documentary, Deepsea Challenge, which opened in August 2014 and screened across the United States, Asia, in Australia and throughout Europe. Her work on the documentary earned her a nomination for ‘Best Original Score’ at the 2015 AFI/AACTA Awards (The Australian Academy Awards).

Since 2012, Amy has been composer of the hit Australian TV drama series, Winners & Losers, writing and producing music for over 65 episodes. Winners & Losers has been nominated as Australia’s “Most Popular Drama Program”.

On the big screen, Amy has written and produced the scores for Early Winter (a Canadian/Australian Feature due for release in 2016), which screened at the 2015 Cannes Film Festival and the 2015 Venice Film Festival (and consequently won the Venice Days Award); and Crime & Punishment (an Australian feature film adaptation of Dostoyevsky’s dark thriller), due for release in mid-2016.

Amy has also written and produced music for iOS games, commercials, corporate videos and interactive media. Amy has received commissions from the Melbourne Symphony Orchestra, The Australian String Quartet, The Song Company, Warner Music and even composed a fanfare for The Honourable Dame Marie Bashir AD, CVO (former Governor of New South Wales). Her music has been screened and performed in dozens of festivals and concerts across Europe, Asia, the United States, New Zealand and Australia.

In 2014, Amy was awarded a scholarship to attend the New York University/ASCAP Film Scoring Workshop in New York City. Whilst at the workshop, Amy studied with The X-Files Composer, Mark Snow; and Elementary, Homeland and 24 Composer, Sean Callery. ASCAP named Amy as “one to watch” and was awarded the Jimmy van Heusen Award for ‘Best Score’ at the workshop.

In 2013, Amy was a finalist (top 5, and the only female!) in the prestigious APRA Professional Development Awards for Screen Music, and again in 2015.

Amy holds a First Class Honours Degree in Composition from the Sydney Conservatorium of Music and an Associate Diploma of Piano Performance.

www.amybastow.com. Bio current as of January 2016.

There is no doubt Amy is one to watch. At just 30, she has already gained the attention of many leading film directors and producers. Her most recent project includes working with Hollywood director, James Cameron (Titanic, Avatar), co-composing the score for his latest 3D feature documentary, Deepsea Challenge.

On Friday the 8th of August 2014, Deepsea Challenge opened in more than 300 locations across the United States, to reviews such as “…an enthralling documentary” (Wall Street Journal) and “…it’s an amazing piece of work, a fascinating insight...” (Margaret Pomeranz, At The Movies ABC1). Deep Sea Challenge screened in cinemas across the United States, Asia, in Australia and throughout Europe. Deep Sea Challenge also screened on-board all Virgin Australia flights during its international release. Amy’s work on the documentary recently earned her a nomination for ‘Best Original Score’ at the 2015 AFI/AACTA Awards (The Australian Academy Awards).

Anyone who meets Amy and hears her work will know that she is bursting with talent…she constantly delivers extremely high quality work on time, whilst performing above and beyond our expectations.

Ben Plazzer, Director of The Heckler

Amy moves seamlessly between the big screen and the small screen. Since 2012, Amy has been composer of Network Seven’s long-running hit drama series Winners & Losers, writing, recording, producing and mixing over 65 episodes’ worth of music. Winners & Losers has been described as “…Sex and the City meets Ugly Betty…” (The Daily Telegraph), and airs on Channel 7 at 8:45pm on Tuesday evenings, and internationally throughout New Zealand, Asia and Europe. On the 31st of March 2014, it was announced that Winners & Losers had been nominated for a 2014 Logie Award for “Most Popular Drama Program”.

I was very impressed with Amy’s ability to interpret the Producer’s wishes and deliver exactly what was required, always on time and without any technical hiccups. Her music added a special sparkle that was perfectly tailored to the needs of the production. Not only does Amy combine stunning creative talent with skillful musicianship and technical wizardry, but she has wonderful people skills. She is a great communicator and a delight to work with.

Amy has written additional music for teen-fantasy series Mako Mermaids, produced by Jonathan M. Shiff in association with Network Ten and Nickelodeon. The series premiered on Network Ten and Netflix and later made it’s way to Disney Channel.

Amy wrote and produced a gypsy-accordion score for ABC TV’s Nan + a Whole Lot of Trouble (due to air in 2016); and wrote Bond-style game music for iOS developer Yak & Co. for their 1960’s-inspired iPhone spy-puzzle game, Agent A. 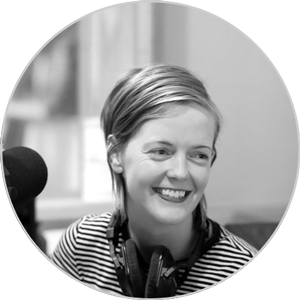 HER STORY (SO FAR)

Amy’s biography is a story of grit, tenacity and early mornings.

It all began in a remote country town in outback rural Australia. Even before she started school, Amy’s mother would sit beside her at the piano, recounting stories that Amy would improvise music to. It was in these moments that a love for musical story-telling was born.

At age 5, Amy entered a talent contest with a piano piece she had written.

At 12, she played keyboard and arranged songs for a professional covers band.

At 15, she won the Roger Woodward Playoff Competition for a performance of one of her own piano compositions.

Throughout these years, growing up in a town with fewer people than your local shopping centre, Amy would wake at 4:45am every morning to practice piano and write music before she went to school.

With only 300 students at her high school, and with limited resources, Amy had little choice but to study senior school music through correspondence. Despite blitzing it, she never saw an orchestra in the flesh until she reached “the big smoke” to study at the Sydney Conservatorium of Music.

The 110% dedication to everything she did continued throughout the 4 years of Amy’s music degree, maintaining a High Distinction average and wow-ing her Professors with the freshness and quality of her work.

Amy has consistently revealed herself to be a very creative composer, thinking about a wide range of musical possibilities and ensuring a high standard of musical results.

Matthew Hindson, Australian Composer, Associate Professor and Chair of Composition at the Sydney Conservatorium of Music.

Since graduating with a First Class Honours Degree in Composition and a string of awards and scholarships in 2008, Amy’s signature style has been sought-after for hundreds of projects encompassing film, TV, documentary, commercials, theatre, education and the concert hall, in Australia and internationally.

Commissions poured in from many of the country’s leading professional ensembles, including the Melbourne Symphony Orchestra, the Australian String Quartet, The Song Company and the Australian Youth Orchestra.

Amy’s versatility is evident in the diversity of her projects. In 2008, she scored music to a 1908 silent black and white film from the National Film and Sound Archives. She’s written a piece for solo drum kit, a piece for an ensemble of unlimited players and a body-percussion piece for children’s choir (which was toured by St. Andrew’s Cathedral School through Greece and Italy in 2012). Amy’s music has even been specifically commissioned by the Governor of NSW, Her Excellency Professor The Honourable Dame Marie Bashir AD CVO.

Amy’s music was used in the sound exhibition, Music for Imagined Dances, which won the 2012 APRA and AMC Art Music Award for Excellence in Experimental Music. Amy composed the music and sound design for Sydney Place 2020, a film commissioned by the VeNuSW Consortium (Brookfield Multiplex, Plenary Group and Sydney Place Management) to deliver their bid for the design of the new Sydney International Convention, Exhibition and Entertainment Precinct at Darling Harbour.

Amy’s concert music has premiered in Australia’s top performance venues and has been performed internationally in New Zealand, Europe, the United States, Asia and the UK. Her music has been praised by concert-goers and critics alike.

Bastow’s music made me laugh, listen and think, all at the same time.

Amy also writes, orchestrates and produces music for solo artists and bands. Amy composed and orchestrated music for the band Aston, who are now signed to Warner Music.

Amy has an Associate Diploma of Piano Performance and has performed and conducted many of her own premieres as well as those of her colleagues.

Amy writes and produces her own independent music and in 2012/13, was the host and producer of the music show Kiss My Arts on Melbourne radio. Whilst on the airwaves, Amy interviewed, featured and reviewed over 100 artists and bands, over half of which were independent Australian artists. On her show, Amy broadcast over 60 live-to-air studio performances of new (and often unreleased) songs. Amy interviewed the likes of British India, Bombay Bicycle Club, The Presets, Angus and Julia Stone, Ben Gillies (Co-founder and Drummer of Silverchair), Butterfly Boucher, Hermitude, Jordie Lane, Saskwatch, Alpine, Jack Carty, Polo Club, JD Samson, and Georgie Fair to name a few. Amy even interviewed Yann Tiersen…yep, the guy who wrote the music for the film Amelie!

In January 2015, Amy was nominated for an AFI|AACTA Award for “Best Music Score for a Documentary” for her work on James Cameron’s Deepsea Challenge. Amy was a finalist (top 5, and the only girl!) for the 2013 APRA Professional Development Award in Screen Music, which had over 1500 entries, and again in 2015.

Amy currently works from her studio in Melbourne, and can often be spotted scooting around the city on her little red Vespa or drinking copious amounts of coffee in one of Melbourne’s many amazing cafes. If you see her, say hi! In the meantime, head to Amy’s contact page to connect.

Amy’s concert music is published through the Australian Music Centre. Head to their website to hire, license or buy sheet music of Amy’s concert music. To commission Amy’s music for Film or Television projects, please get in touch via her contact page.

"Amy is a rare gem of a human being; and as an artist!"